An idea to celebrate McDonald's relaunch of Buttermilk Crispy Tenders

A wildly successful one weekend event!

Who would've thought that people would be excited about limited edition serigraphs for McDonald's condiments? Well, turns out they really were. The weekend of this release yielded lines wrapping around the block at a thousand McDonald’s locations across the States. A quick peek into the aftermarket of collectible art will show sets of these posters going on eBay for upwards of $15k! The goal was to keep the idea pure and the artwork as "cool" as possible, and it definitely paid off in a rather successful PR campaign for the world's largest fast-food burger joint. We had a blast with this one! 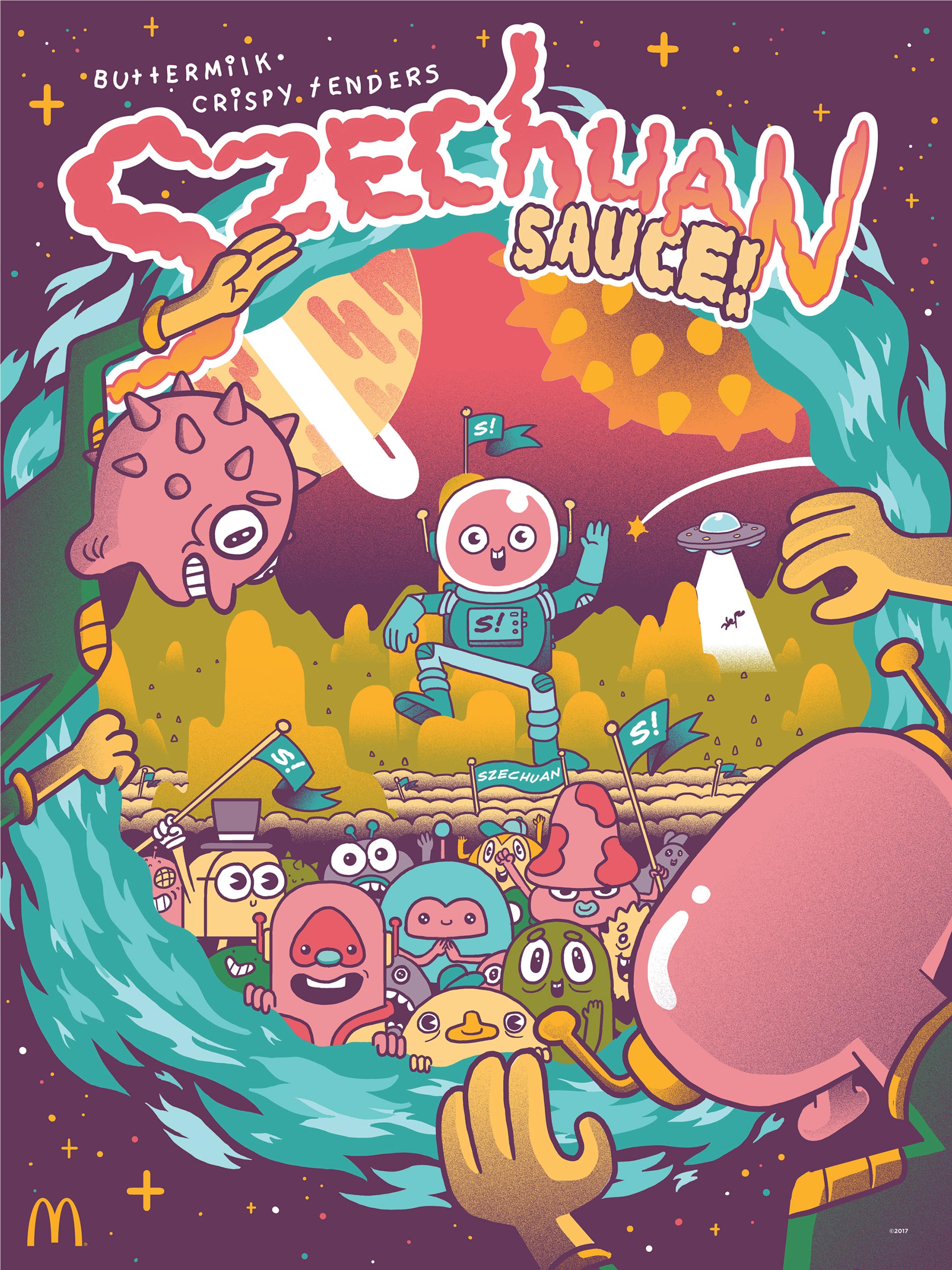